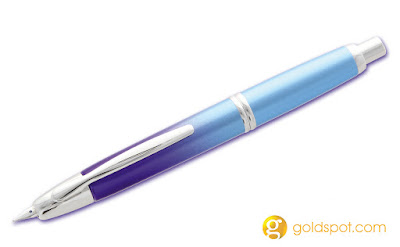 You can imagine how our faces lit up when we received a special package from Pilot with the new 2015 limited edition Twilight Vanishing Point inside. We shared some images from Pilot a couple weeks back when news first broke about this ombre color fountain pen. We think its a real stunner and, as far as we've seen from the reaction online, a lot of you think so as well. 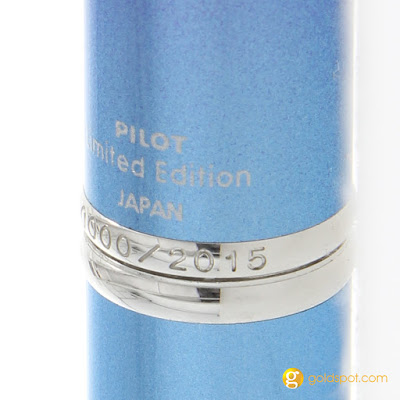 Most of you who are lusting after this pen may already have a Vanishing Point, so I won't go into talking about how the pen fills up, writes or feels in-hand. You already know that. What makes the Twilight special is the finish. Besides being a limited production with the edition number engraved on the center band, the metallic barrel is distinctively designed with a gradient that runs from an icy blue to a royal purple toward the nib end. The metallic quality of the color is similar to that of the Vanishing Point Metallics that were released in 2014. 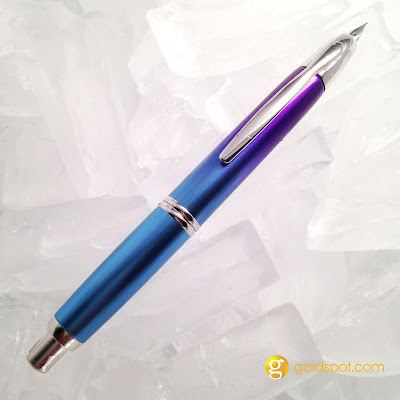 The Pilot VP Twilight's color feels like you're standing at the edge of a glacier with your breath steaming in front of your face. Nightfall is coming and the only thing on your mind is getting a shelter up before the brutal cold sets in.

It will still be a while until we expect the limited edition to be released in the United States. Some retailers are listing this pen on their websites, but we are not going to be listing it until we know the pens are due to arrive on a specific date. If you would like to place a pre-order, we are guaranteed a very limited amount of these pens, so please give us a call during business hours and we'll take care of you if we still can. Reference part number P60403. Price : $240 USD. 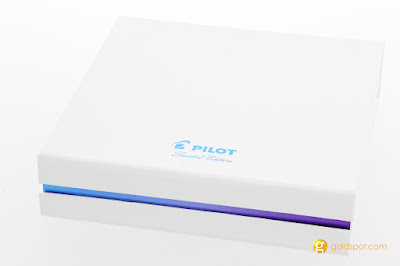 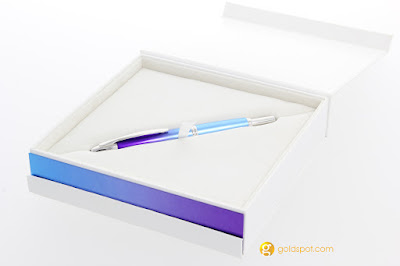 The packaging is gleaming white, with an accent panel at the front that is colored with the same gradient that matches the pen. The Pilot Logo is stamped on the top lid in an icy blue color.

The Vanishing Point Twilight comes with a medium point, 18kt gold nib with rhodium plating (to match the silver trims and clip) as a standard configuration. It can accept any of the replacement Pilot Vanishing Point fountain pen nibs. If you have a specific request for a particular nib size, we can accommodate you with an extra-fine, fine, broad or 1.0mm stub nib. 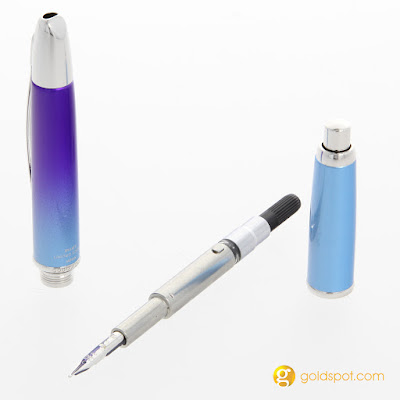 Also available soon will be the small, sample bottle sizes of the Pilot Iroshizuku inks. Each of these inks will be included in a three pack of 15mL bottles, which is a great gift for the writing aficionado. 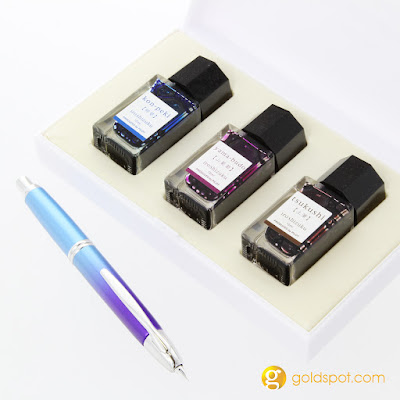