Who invented the ballpoint pen?

Whether you call it a birome, biro, ball pen, or ballpoint, we all know that familiar sensation of rolling ink on paper. It's nearly impossible to imagine a world without the ballpoint pen. Yet, this was a reality for most people less than 100 years ago. It was not until the mid-1900s that ballpoint pens were commercially available.

The concept of this ingenious invention skirted different minds throughout history. It was created, forgotten, then created again. It became popular several decades after it was first invented, and then rapidly took the world by storm.

From the first one, to the 2 billion produced each year in the U.S. alone, let’s take a trip through ballpoint pen history to see how this writing technology came to be. 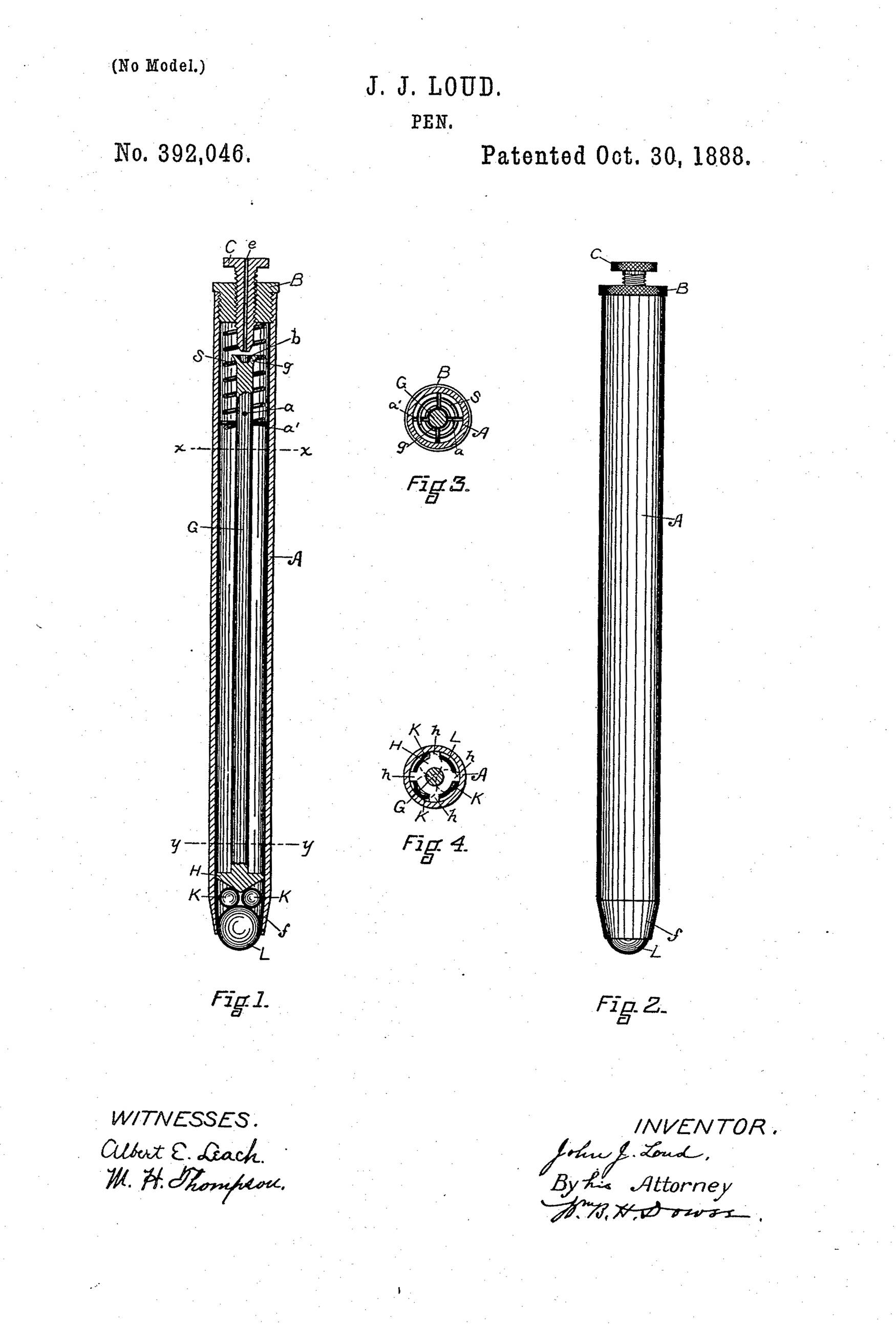 Though his contributions are often lost to history, John Loud is, according to record, the first inventor of the ballpoint pen. Loud was an American leather tanner and a Harvard graduate. After becoming frustrated with fountain pens’ inability to mark up leather, he decided to take the matter into his own hands.

In October of 1888, Loud filed a patent with the U.S. Patent Office for a “pen” (pictured here). His invention consisted of three small metal spheres at the tip of a hollow metal barrel. The “antifriction balls” would evenly disperse the ink, which allowed the pen to mark up the leather.

Loud’s invention was, by all accounts, the earliest version of the ballpoint pen. However, because it was created to write on leather, it did not flow smoothly when applied to paper. The pen’s specific application did not result in widespread use, so the concept of the ballpoint pen was lost to history for a few decades longer. 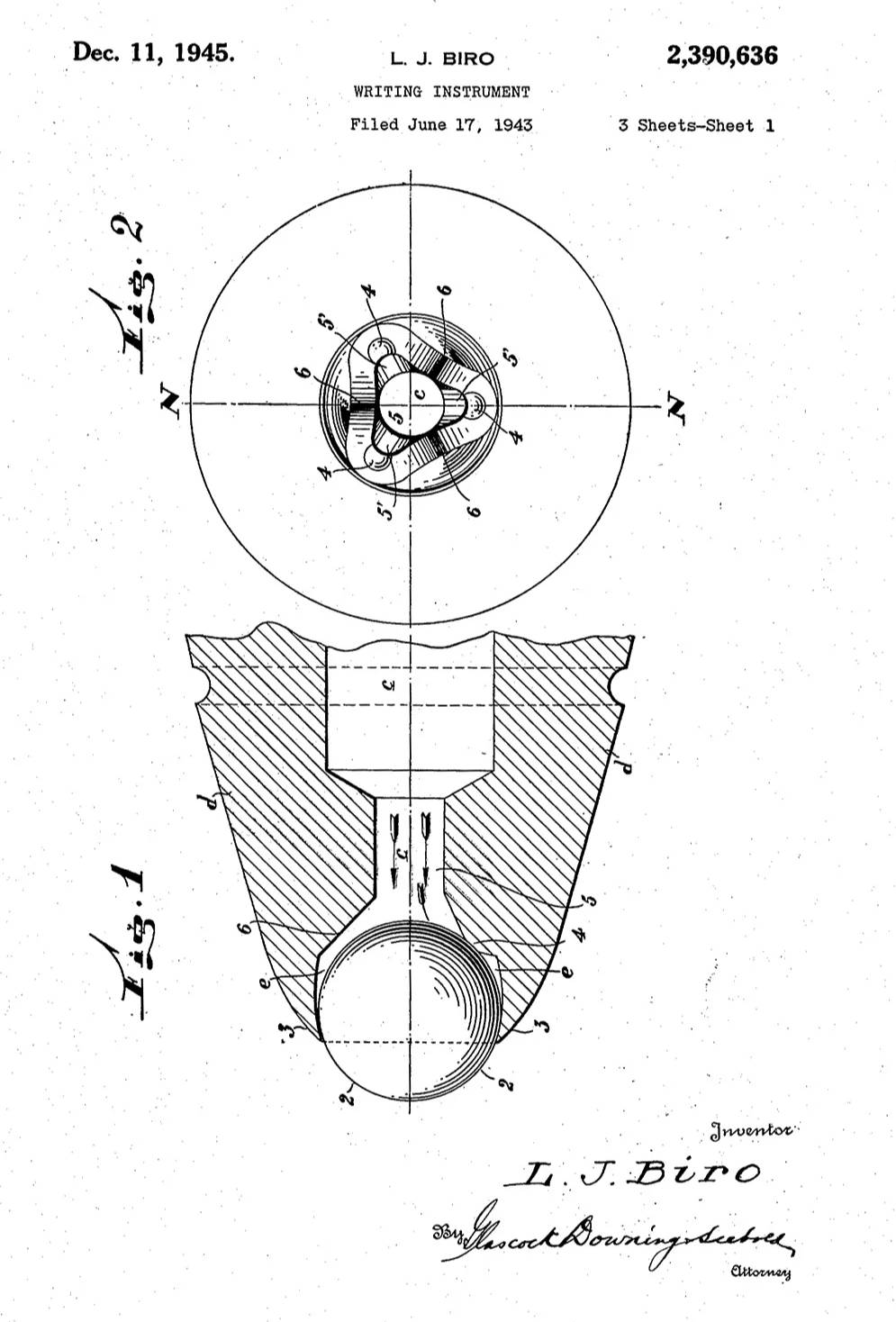 In early 1930s Hungary, journalist and part-time painter László Bíró was struck with the idea that led to the ballpoint pen’s rebirth.

Pens available at the time were extremely prone to smudging and leakage, which proved to be quite a hassle in everyday use. Bíró was inspired to create the modern ballpoint pen after noticing that the ink used in newspapers dried much faster than that used in traditional fountain pens. He determined that a pen equipped with newspaper ink would not smudge as easily as one that used fountain pen ink. But, when Bíró tried to fill a fountain pen with the quick-drying ink, he discovered that it was far too viscous to flow through the nib. So, he set out to create a brand new kind of pen - one that would dry easily, prevent smudging, and be easily accessible to the general public. Along with his brother, György, he developed a mechanism that relied on a tiny metal ball at the tip of the pen.

In the wake of World War II, however, László and György were forced to uproot themselves from their home in Budapest and flee across the Atlantic to Argentina - and to bring their brilliant idea along with them. But the Bíró brothers didn’t let this setback deter them. They filed patents with the Argentinian, European, and United States Patent Offices for their innovative new writing instrument, which they soon sold in Argentina as the “Eterpen” and the “Birome”. Later, upon meeting English accountant Henry Martin, they proposed their idea to the British Royal Air Force as a more dependable option for air travel. While fountain pens often leaked and exploded at high altitudes, Bíró’s pen was much more stable and functional aboard an aircraft. Because of this, the RAF adopted the “biro”, and its popularity began to skyrocket around the globe. 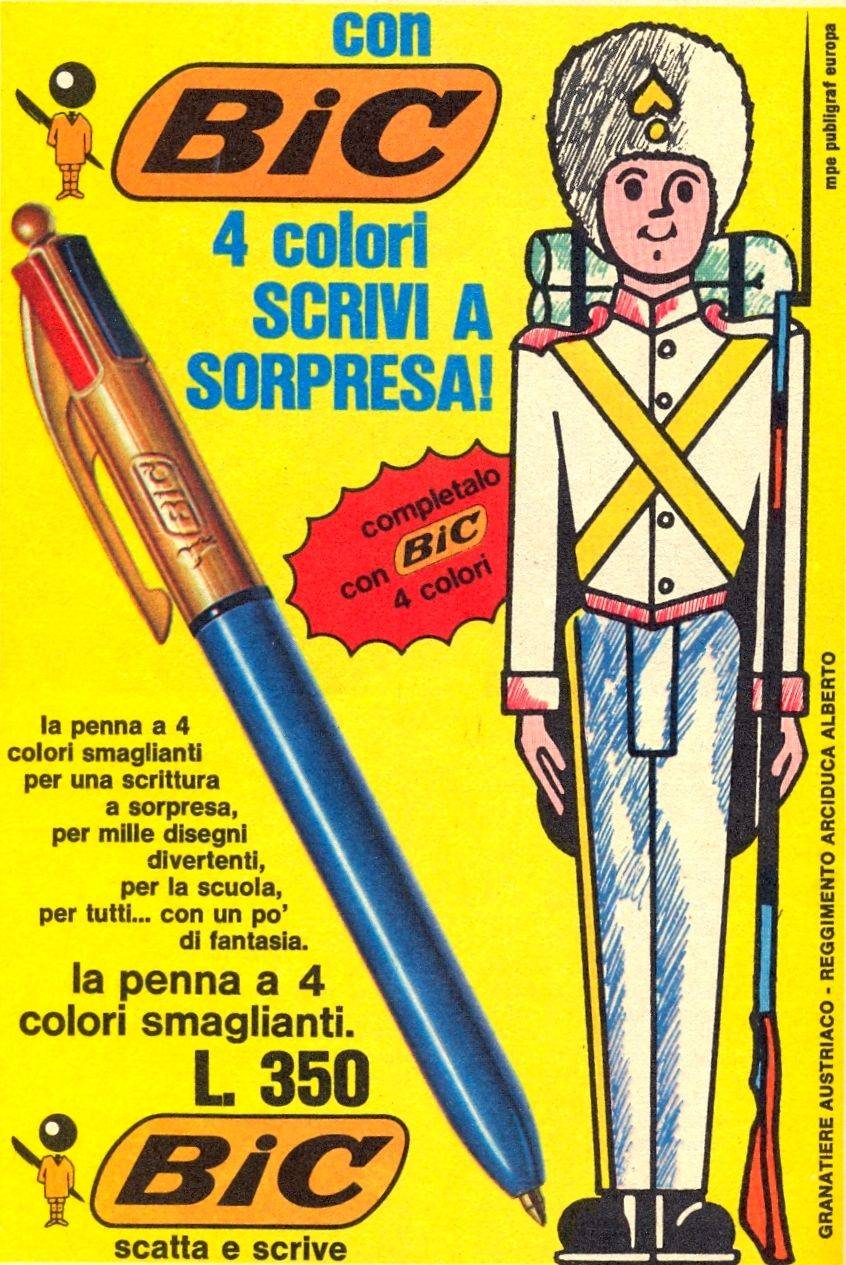 While Bíró may have introduced the ballpoint pen to the world, he was not the only player in the game for long. Several people jumped at the chance to manufacture and sell their own version of the ballpoint pen with varying degrees of success. Milton Reynolds’ pen tended to leak, and Eberhard Faber’s company could not quite get a foothold. The Frawley Pen Company (now known as Papermate) had a good business team and a dependable pen. The established Parker pen company created what quickly became a household favorite in the T-ball Jotter. The ballpoint pen was becoming a worldwide phenomenon, and everyone wanted a piece of the action.

While most of the world was buzzing over this new writing craze, Frenc pen manufacturer Marcel Bich was not exactly sold on the idea, at least at first. He could not fathom why the pen needed to be reinvented, especially when the fountain pen worked well enough already. But soon, he came to appreciate the ease and convenience of the ballpoint pen. After realizing its potential, Marcel Bich was inspired to invest in this revolutionary new idea.

In the late 1940s, Bich approached László Bíró and purchased his patent for the ballpoint pen for $2 million U.S. Dollars. He used the mechanisms detailed in the patent, in addition to ink formulas derived from his own research and experimentation, to develop his own ballpoint pen: the BIC Cristal. After its commercial release in 1950, this pen quickly became a household item across the globe, continuing to be the most popular pen in the world.

Though Marcel Bich was not quite an inventor, his contributions to creating the ballpoint pen as we know it today are undeniable. Without his determination to perfect the pen and to provide access to this product throughout the world, it might never have become so universally popularized, and the ballpoint may well have become lost to history.

The birth of the ballpoint pen is rich with creation and innovation, which is exactly what it has inspired in people for decades. The ingenuity of inventors like John Loud and László Bíró, and the determination of businessmen like Marcel Bich has brought the ballpoint into the hands of billions of people throughout the globe. While it may never be clear precisely who invented the ballpoint pen, it is undeniable that this invention will be forever inked into our lives.

Who invented the ballpoint pen?

Read the short history of the ballpoint pen here

How does a ballpoint pen work?

See the magic of the ballpoint pen's clever design in action.

See how a ballpoint pen works.

How does a rollerball pen differ from a ballpoint? We compare the differences between writing modes.

See the differences between ballpoint and rollerball pens here.

What's the difference between fountain and ballpoint pens

Fountain pens were the original, ink-delivering writing instrument. See how ballpoints evolved from their predecessors.

Find the differences between fountain and ballpoint pens here.

How to get a ballpoint pen to work

Troubleshoot a problematic ballpoint pen with this handy guide.

Get a ballpoint pen to start writing again.

What sizes do ballpoint pens come in?

Find the ideal tip size for your writing needs.

How artists use ballpoint pens

Pens are used for more than just writing.

What are gel pens and how do they work?

Find out how a gel ink pen differs from a ballpoint pen.

Find the ideal grade and lead diameter for your mechanical pencil.