October 2013
As some folks in the pen community know, Arthur Brown in New York City had to shutter their doors this year, which left many of their devoted fans and customers shocked and devastated in the wake of their closure. Art Brown was one of the more prominent pen stores in New York City and in the Nation. They carried a number of fine pen brands, including Visconti, Dunhill, Montegrappa, Parker, Delta and son on. Included in their selection was a number of items exclusively sold by their store.

Crafted in honor of New York City (practically our neighbor, since we are a short Turnpike trip away from the Big Apple), The Pinstripe Homage and Brooklyn Brawn are characterized by the comical catfish illustration. In typical Noodler's fashion, the whimsical drawing on the label is of a catfish slugger in baseball uniform with the Brooklyn Bridge in the background. 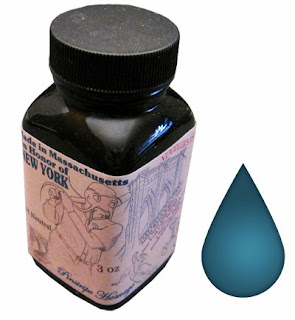 Pinstripe Homage could be considered a teal-black. Leaning toward the blue side of teal, this rich color has a moderate degree of shading. 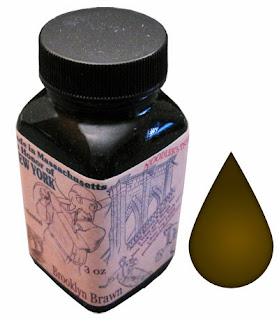 Brooklyn Brawn is a rich brown with an influence of green that shades to a higher degree. 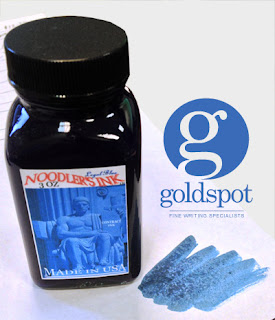 Eternal Legal Blue is a contract quality ink, which resist the effects of time - moisture, humidity, UV light, acids, water exposure, and many common detergents. The blue is medium-to-light toned with less saturation and a good degree of shading.