The boat has finally arrived and the long-awaited J Herbin 1670 Anniversary Bleu Ocean has come ashore to the United States. If you haven't heard already, the new formulation of Bleu Ocean is now packed with the same gold dust that made Stormy Grey a fanatically popular ink that continues to fly off the shelves.

We're so smitten by this ink and the 1670 Collection in general. The Bleu Ocean delivers on a rich, highly saturated blue with the sparkling sheen that fountain pen users have come to love about the 1670 ink. We did a short video to show you the shimmer of the Bleu Ocean.

The writing on this video is done with an OMAS New Bologna Aqua di Bologna fountain pen (now discontinued) on an InkJournal notebook for pen & ink collecting. As with the Stormy Grey, the Bleu Ocean can vary in the amount of golden sheen it lays down. On certain words written on the page, the sheen is prominent and the concentration of the sparkles is high. On other parts of the page, the sheen thins out significantly, but is still noticeable in every letter to some degree. It is advisable to shake the bottle of ink prior to opening to fill your pen. Shaking the bottle will ensure proper distribution of the gold dust that will settle at the bottom of the bottle. 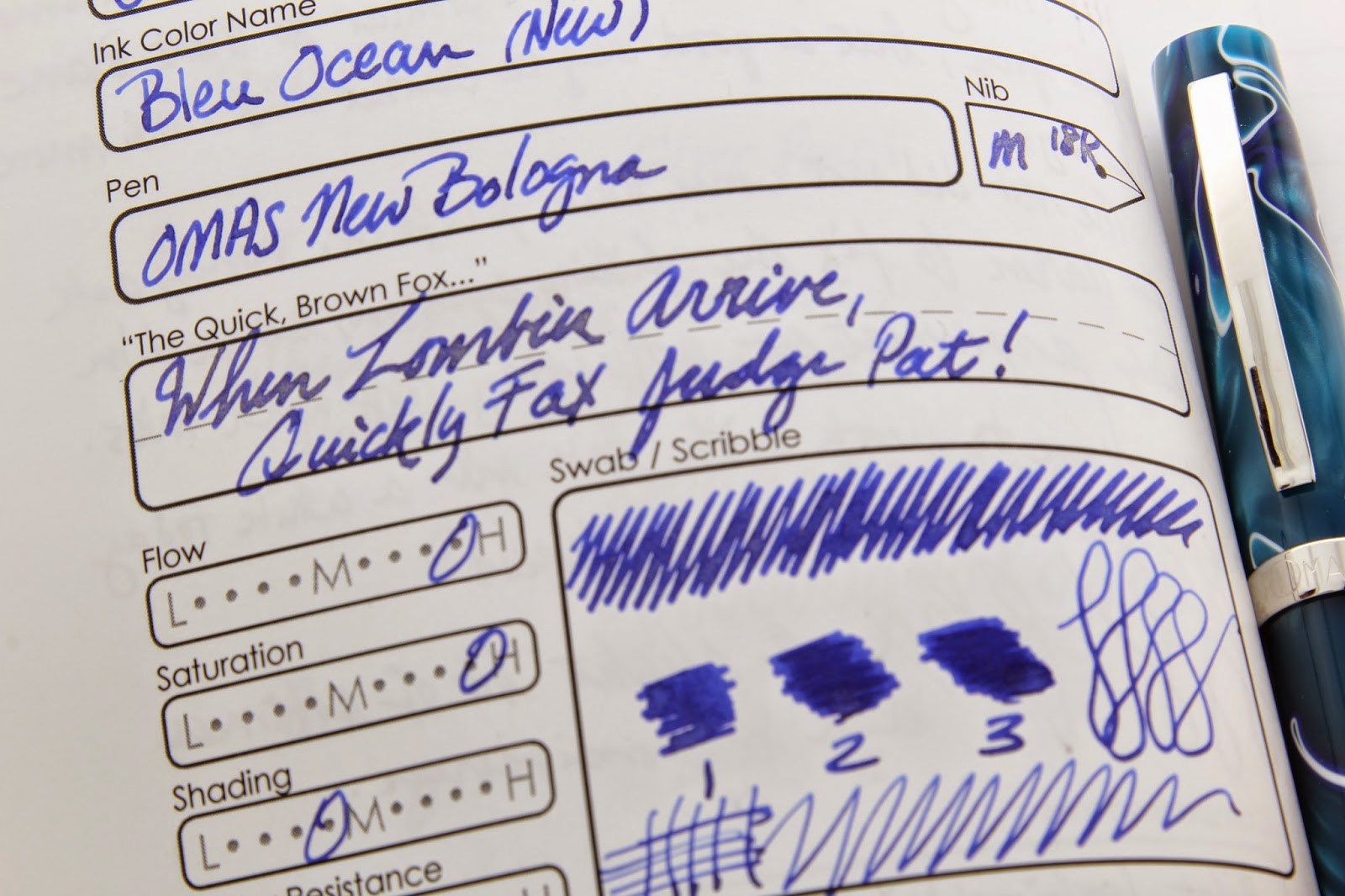 Even without the gold dust, the deep blue color of this ink is a standout. As the outer packaging warns, this is a highly saturated ink that ought to be cleaned out of pens that are not being used for some period of time. If you participate in regular fountain pen maintenance of cleaning your pens out before every fill up and before long-term storage, then you need not worry. 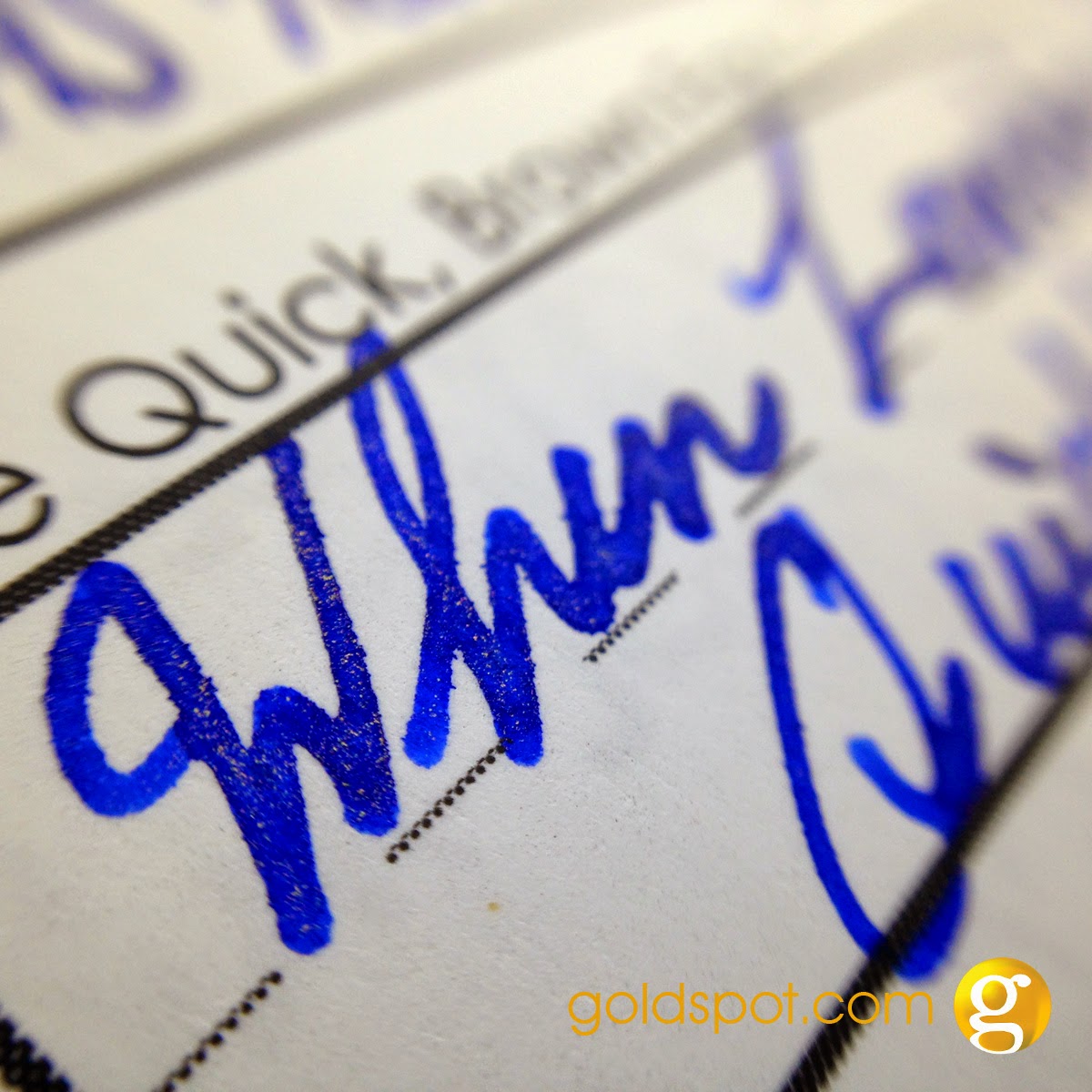 We received a limited number of 1670 Bleu Ocean at our office on Friday, April 17th, 2015. We expect this batch will be sold out quickly, so be sure to head on over to our site and snag a bottle or two. As with the other inks in this collection, inventory tends to be rather erratic. In the past, it has taken several months for particular colors to come back into stock. We expect our current batch to last us for a couple of weeks, with more on the way.
←  Back to Magazine
Share Tweet Pin it
Browse our Catalog