In the year 1700, M. Herbin created The "Jewel of Inks" in his little shop on the Rue des Fosses Saint-Germain in Paris. The J. Herbin brand is therefore the oldest name in fine pen inks in the world. J. Herbin inks are pH Neutral and are comprised of All Natural dyes in their fountain pen inks. This natural composition and delicate balance of ingredients is the essence of any fine ink.

J. Herbin fountain pen inks are great for most writing instruments and are inspired by the rich, adventurous travels of J. Herbin who during the 17th century was a French sailor that brought formulas for sealing wax and ink back to Paris. The "1670" ink collection celebrates the 340th anniversary of J. Herbin. Each bottle of "1670" Anniversary Ink is exquisitely presented in a glass bottle that has been sealed in hand-dipped wax and contains 50ml of rich color that is infused with gold or silver flecks.

It is said that J. Herbin kept an emerald with him on his seafaring journeys as a good luck charm. Following the shimmering quality of it's other "1670" Anniversary predecessors - Rouge Hematite, Bleu Ocean and Stormy Grey, Emerald of Chivor contains gold particles within it's dark teal blue-green ink that give the ink a glittering quality on paper. A rich sheen is also apparent. Fans of Sailor's Yama Dori will be right at home with the color and sheen qualities.

The design on the box represents the life of J. Herbin a sailor. The ship anchor and palm tree represent navigation and discovery. The crown is a reference to the red sealing wax color used in the royal courts of Europe. 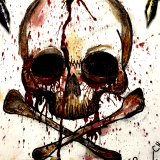 0
D
Dina J. Verified Buyer
Feb 10, 2020
Absolutely beautiful color.
0
D
deborah s. Verified Buyer
Jan 8, 2020
emerald of chivor bottled ink is an object de art.
i love it.
0
Load more
N Nathan a year ago
Q: Can this ink be used with any of your pens? The pens for beginners?
Goldspot Pens a year ago
A: Yes, the 1670 anniversary inks can be used with all modern fountain pens.
Answer
R Riley a year ago
Q: Does the ink actually change different colors when it dries? I just want to be sure before ordering
Goldspot Pens a year ago
A: Yes, this ink does have a unique color that changes as it dries. Less absorbent papers tend to have the best effect in showing the ink's varied colors.
Answer
L Laura 2 years ago
Q: Is this the colour changing ink that made.by.edgar used in his video on Instagram? The edges stay a green colour and the middle turns pink when it drys? No one can seem to find the link he tagged you in and this doesn’t look like it’s the correct one.
Goldspot Pens 2 years ago
A: Yes, this is the same ink that Edgar used in his "color changing" ink calligraphy videos.
Answer
READ MORE