Winners to our Letters to Santa Giveaway + Holiday Hours 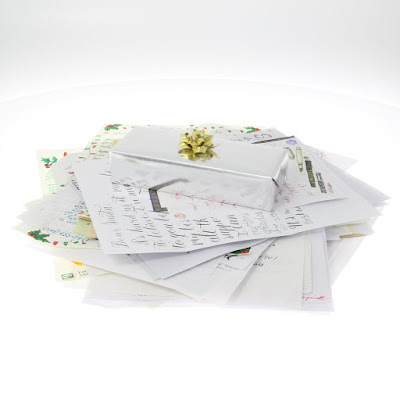 As you can imagine, Santa had quite a few letters to read. He was quite taken by the number of handwritten letters that came in this year. It was a welcome sight for his old eyes.

Thank you to everyone who sent us a letter to forward to Santa. The jolly old elf was overjoyed at reading your notes.

Santa said it was difficult to choose just one letter as the winner of the giveaway. So many of you wrote such lovely letters! After much contemplation, he gave us the one letter that was picked as the winner.

The lucky winner of the Letters to Santa Giveaway is Kata from Canada! Congratulations! Santa will be on his way to pick up the pen she wished for, the Sailor Pro Gear Four Seasons "Winter" fountain pen. 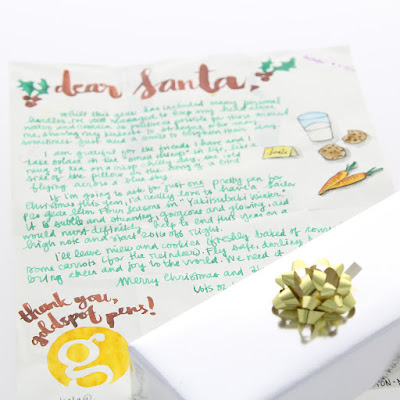 We also picked our 5 runner ups that will receive a Goldspot Prize Pack, which includes the one prize pack we set aside for the Rafflecopter giveaway we were running on social media. The winners are :


These winners will be receiving the items pictured below : 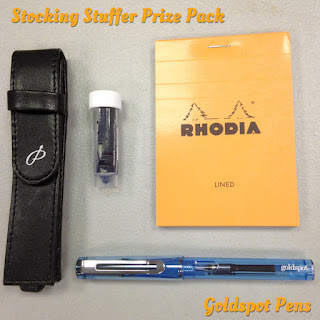 If you're curious to know what all the good little boys and girls asked for as their top Christmas wish pen, here are some observations :

Most boys and girls wished for a Visconti pen over all other brands. The #1 most wished-for pen was a Visconti Homo Sapiens fountain pen.

Other notable pens that were asked for :


Thank you again to everyone who wrote in. This was quite an enjoyable giveaway that we most likely will be running next year as well.

Merry Christmas, Happy Kwanzaa & Happy New Year! Best of health, happiness and fortune to you all!