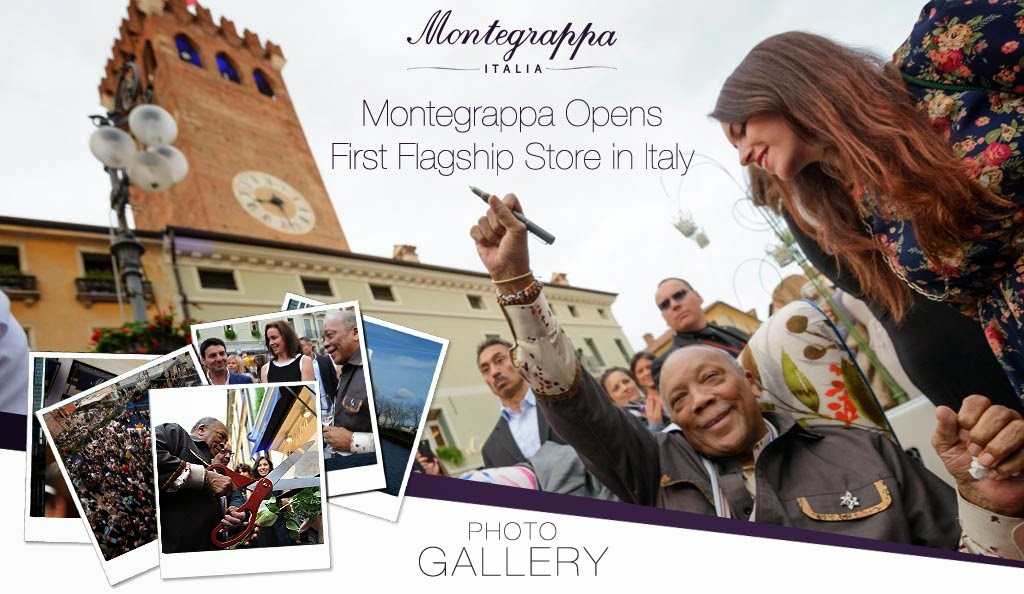 July 10th in Bassano del Grappa, Italy - the global headquarters for the Montegrappa company - the oldest and most celebrated Italian pen manufacturer cut the ribbon on their flagship store in grand fashion. 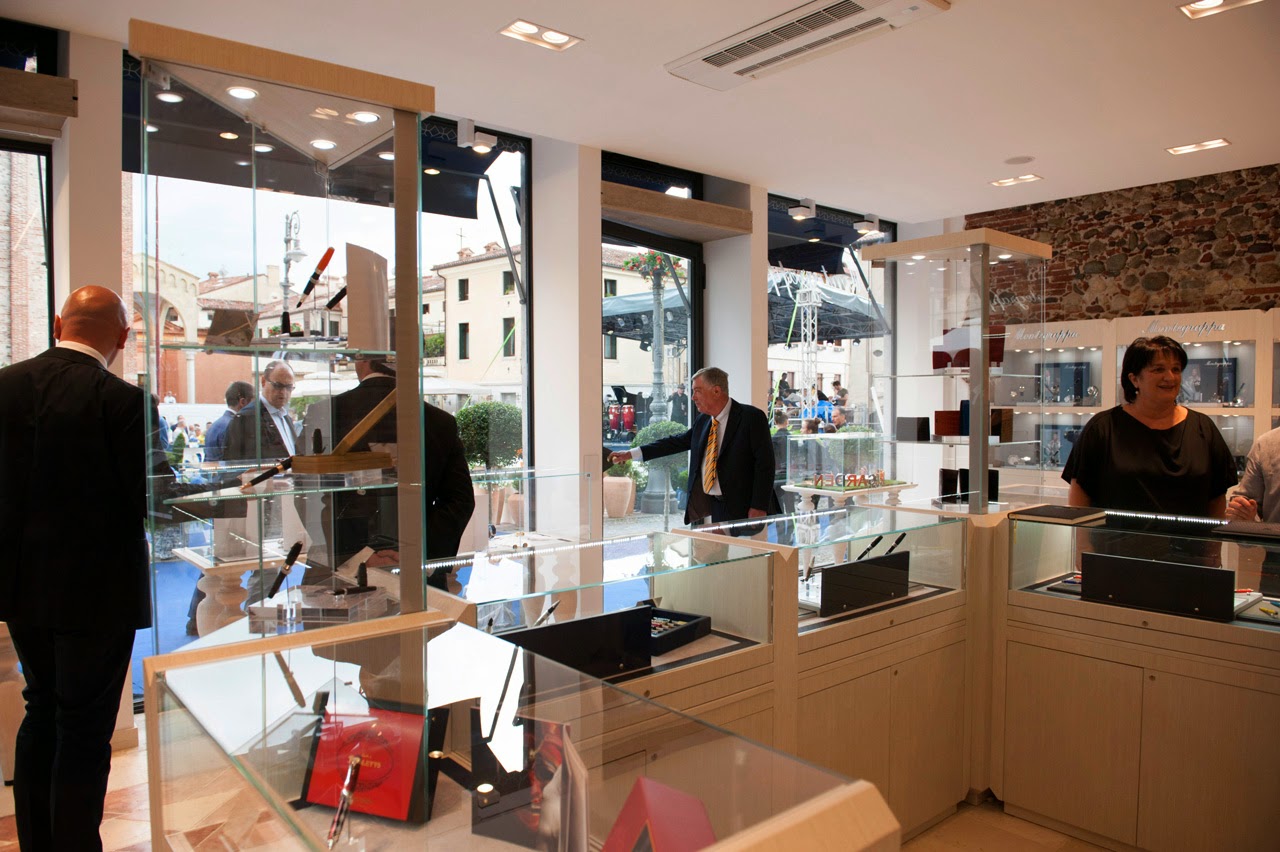 Montegrappa, primarily known for their writing instruments, has built their reputation upon the quality and artistry of their pens. Since Guiseppe Aquila had purchased the company back from the Richemont group several years ago, the brand has attained new heights in the luxury market, expanding their manufacturing repertoire to include cufflinks, fragrances, leather accessories, watches and licensed products in cooperations with such prominent icons like Muhammad Ali, DC Comics (Batman), Elvis, Frank Sinatra and so on. Their business had already expanded overseas to open boutiques in Dubai, Moscow, Doha & Riyadh. The opening of their flagship store in Bassano del Grappa was like a homecoming, proudly displaying how high the brand has risen internationally while keeping their roots steeped in Italian heritage. 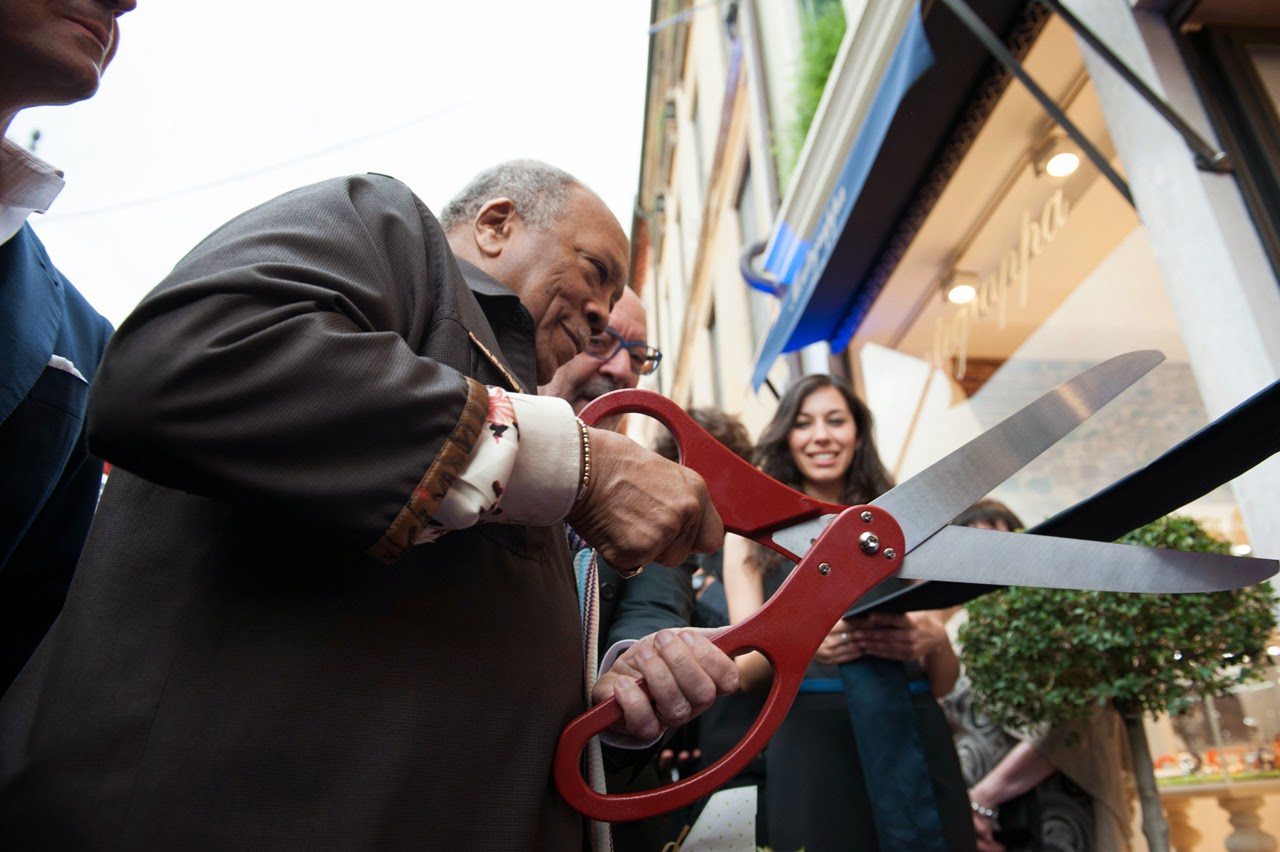 Famed musician and muse of his own limited edition set of Montegrappa writing instruments, Quincy Jones participated in cutting the ceremonial ribbon to officially open the doors of the boutique. The guest of honor has his own section of the boutique dedicated to the pen that bears his name and ineffable style. 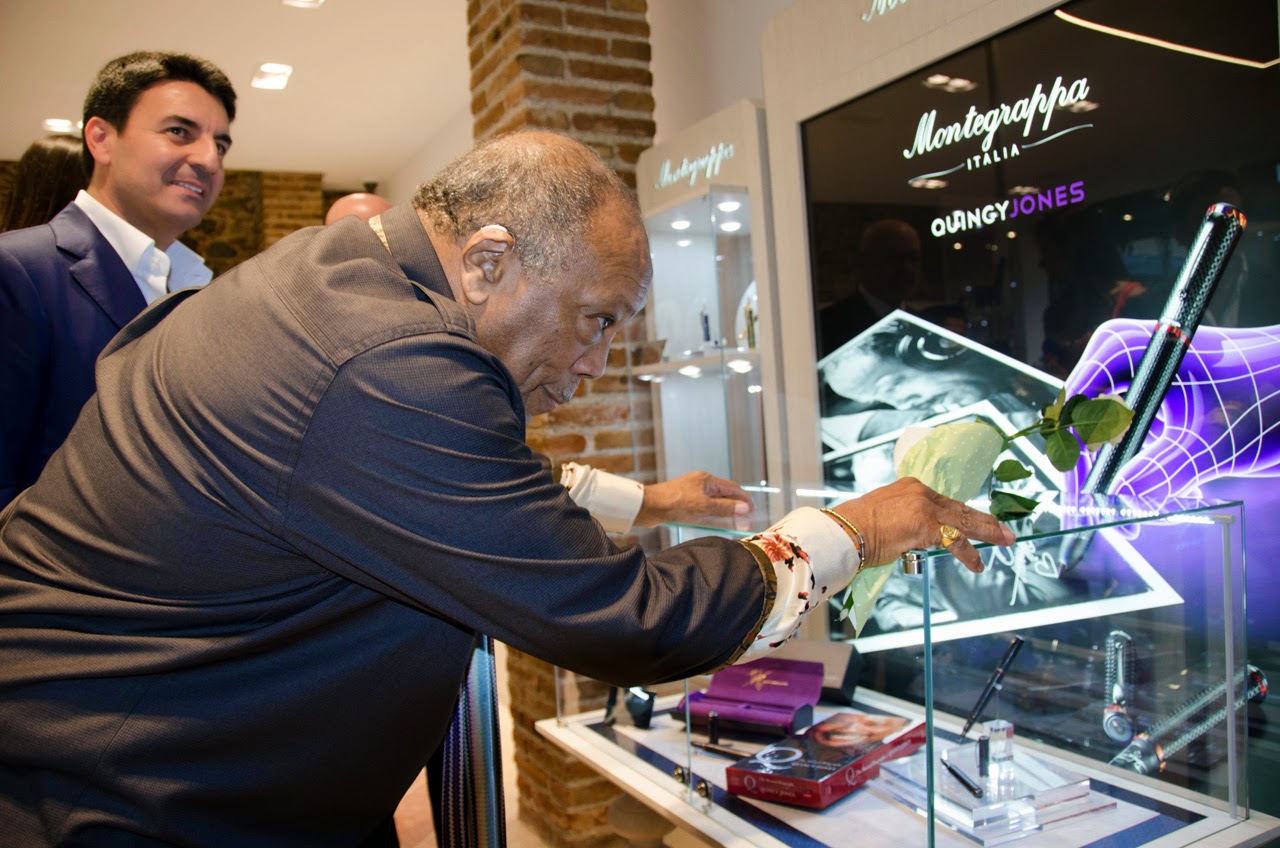 On the second floor of the ancient renovated palace, the first Bugatti and Bently fashion boutiques made a home for themselves and include pens & cufflinks made for Bugatti exclusively by Montegrappa. 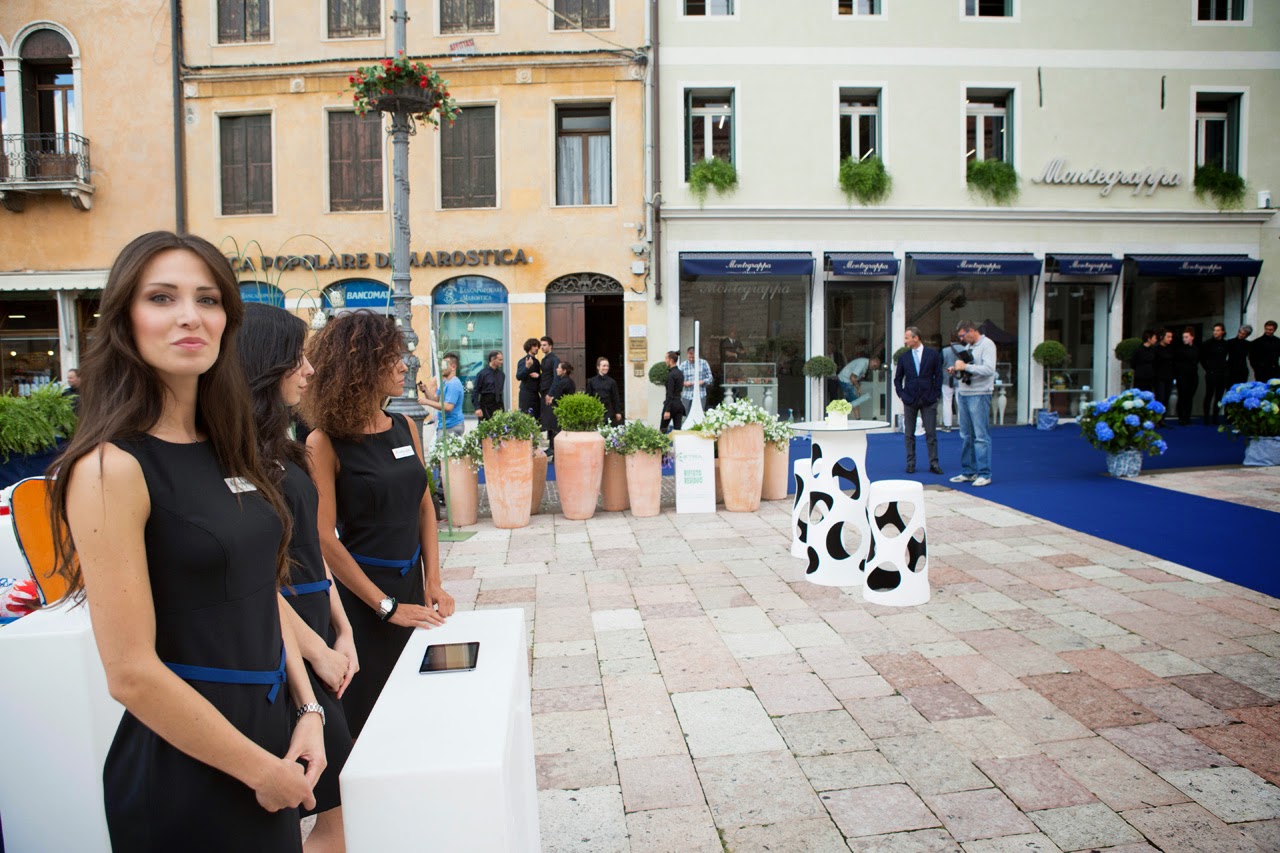 The opening was a "Blue Carpet" event, attracting plenty of glitz and glam and providing cocktails and live music to party into the night. You can view all the professional press photographs here.