News on The ACME Beatles Collection 2011 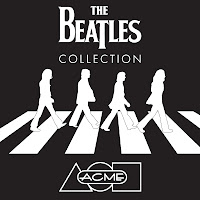 On the heels of the Apple announcement on Tuesday that brought the Fab Four on to iTunes, ACME has released more information regarding their new Beatles Collection that is due to debut sometime in 2011.

At this moment, the Beatles Collection of ACME writing instruments will consist of the following:
Prices and details may vary as the collection gets closer to launch. Goldspot Pens will be placing pre-orders for the Beatles so that we can try and get our hands on some good numbers. If you would like to express your interest in purchasing these pens, please do comment on this post and we will include you in our e-mail update list.