"Pen People" love sharing their addiction with others in hopes to bring more people to the "write" side. And more often than not, it works! When you've converted someone to loving a nice pen, there's a high degree of self-satisfaction, like you've just given an angel its wings. Sometimes, all it takes is one great pen gift, and what better time to get the young hooked than for their graduation.

The key to reaching out to a potential pen acolyte is to aim for smaller transitions (a.k.a. baby steps). What I mean by that is, if you give most non-pen people a fountain pen, they won't think it's working properly because it has no ink in it to start. You may as well have handed them a fork to write with. You need to get an idea of the writing implements they already use and enjoy, building off the qualities they are looking for in a pen to give them a better one that will WOW them. To help you get some ideas on where to start looking for that perfect pen gift, let us offer a few suggestions based upon the person's current "pen personality." 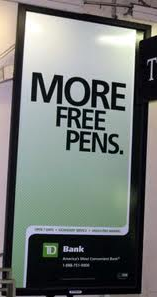 For those who write with disposable bank pens. Just because TD Bank gives away free pens to their customers doesn't mean you have to take one, people! Lightweight, non-refillable and made of cheap translucent plastic, the main appeal for people who use these pens is that they never have to worry about losing their pen since they can get a new one for free. These people are reluctant to buy any valuable pen because they can't trust themselves to take care of it. You have to work them up the ladder of value and give them something inexpensive, but durable and with a better, longer-lasting writing experience. Recommendation : Caran d'Ache Metal Ballpoint Pens 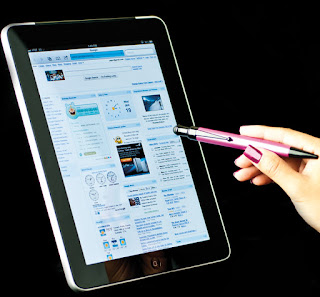 For those who have an iPod, iPhone, iPad and iEverything. Technology has made many of our daily communications easier and more efficient. Still, it has not replaced good ol' analog writing, especially when it comes to the intimacy and warmth that pen on paper gives the writer. Heavy tech users are really hard to convince that their new whiz-bang device is not capable of everything. When you can't beat them, offer them an analog writing device that also assists their digital addiction. Recommendation : Monteverde One Touch Stylus (for iPad, iPhone and other touch screen devices). 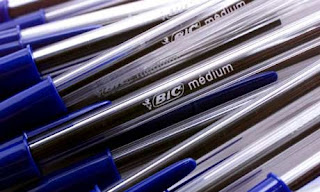 For those who think buying a pen over one dollar is pricey. Most college kids are used to living on a shoe-string budget, and look the best dollar value - buying used textbooks, picking up dozens of single subject, wirebound notebooks for two dollars, folders for 20 cents and that 36 pack of Bic ballpoints for a nickel. But, if we applied that type of mentality to everything else in life, we may as well be living in Soviet Russia. As the old adage goes, "You get what you pay for." When the Bic pens run out of ink and the notebooks become ratty and torn from a few weeks stuffed in a backpack, it will be clear that "cheap" is cheap for a reason. People of this mentality need to be shown what a real quality writing experience is all about and that it can still be affordable. Recommendation : Lamy Safari Pens 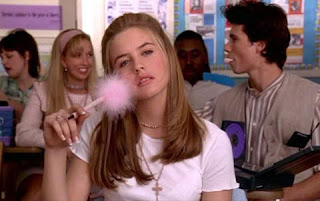 For those who need a pen with a fuzzy adornment on top. Not much can be done here. Best of luck. (Photo courtesy of movie "Clueless")
←  Back to Magazine
Share Tweet Pin it
Browse our Catalog