Did you really think it was going to be that easy?

As promised, a random Twitter user who promoted our giveaway was also awarded a $25 gift card to our store. In total, we received 8 re-tweets from unique Twitter users. From those eight, re-tweet number 3 was selected, which is @DIYSara. Congrats, Sara! 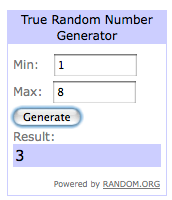 Thank you to everyone that participated in the Easter Egg Hunt!
←  Back to Magazine
Share Tweet Pin it
Browse our Catalog