Today is Election Day here in America. The American public is called upon to exercise our right to vote, upholding the core values of democracy.

No matter where you are in the world today, we invite you to please join us in voicing your opinion on a different, yet significantly important topic - the 2014 Pen of the Year! 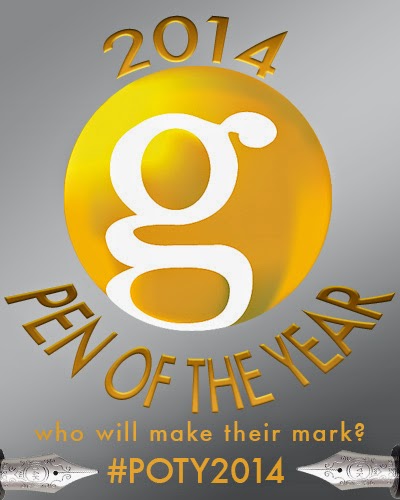 We need nominees from you, the pen-loving public, for your favorite choice of pen that was released in 2014. That could also include new finishes or colors of a pen model that has been around longer than the last year.

We'll sort through your comments to compile a list of nominees to vote on starting Tuesday, November 11th. Voting will last one week and will conclude with the official crowning of this year's winner. The Poll & Results will be posted here and on our social media accounts. So, please give us your suggestions and remember, it's all in good fun!

Remember, these are examples meant to get the brain juices flowing. Feel free to suggest any other pen, even if you aren't 100% positive it was made this year.

Past winners include:
Chat about the Pen of the Year Voting on social media using the hashtag #POTY2014
←  Back to Magazine
Share Tweet Pin it
Browse our Catalog