An iPad 2 or a Fountain Pen? 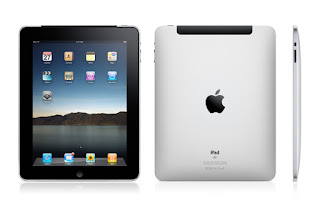 No doubt that Apple has already sold well over a million of their new iPad 2 since its debut last Friday. The latest and greatest from Steve Jobs has many consumers reaching for a cool $500-$800 to get their fingers on the touchscreen of this gadget. As a purveyor of fountain pens and other luxury writing instruments, one can't help but feel that traditional pen and paper is fading away, along with Presidential portrait paper. Let's assume we haven't already been brainwashed by Apple's slick advertising and the ubiquitous need for electronic gizmos. Let's imagine, if you will, that you are considering a $600 purchase in either a fountain pen or an iPad.

This could be either for yourself or for a gift, but you are buying this for pleasure, not business. In terms of usefulness, it's like comparing Apples to...um.. you know. The iPad allows you to play movies, listen to music, check e-mail, surf the web, play games, take photos, shoot video, shop, get directions so on and so forth.

Sure, on paper (pun intended) the iPad looks to be a dominant choice, an unequivocal multi-tasker capable of miracles. But how much of that is actually useful to you? Would you be more distracted by the bells and whistles: stalking on facebook while in the bath, playing Angry Birds instead of baseball with your friends, listening to iTunes instead of having a genuine dinner conversation? The fountain pen is the exact opposite - it eliminates distraction instead of inviting it.

First, you have to fill your pen, which either requires a pop-in cartridge or using a bottle of ink to fill. The time and concentration invested in getting your pen inked already forces you to focus in on the experience. Then, comes the writing. A buttery nib lays down a beautifully-shading ink on smooth, crisp, ruled paper. What to write? Does it really matter at this point? You would practice writing the letter "A" over and over again if you ran out of things to think of and put on paper. The world sometimes shuts off, the phone stops ringing, Twitter stops tweeting and you can actually focus on the thoughts and feelings going on in that beleaguered head of yours.

Lets consider the long run, which may not be far ahead if you're willing to spend $900 for just a spot at the front of the line to buy the iPad 2. Having owned consumer electronics since childhood, I can tell you that the life expectancy of computers and gadgets have certainly increased, but are still rapidly eclipsed by newer, better technology within a few short years of introduction. From pager to CD Walkman to Mini Disc player to cellphone to iPod, tech is in constant revolution. Fountain pens are actually more desirable when they are vintage and, in many cases, the design of contemporary fountain pens haven't changed much at all in the last 50 years. They are built to last, to be passed down and enjoyed, not just for years, but decades.

The scheduled obsolescence of current technology is also indicative of the device's future market value. Try selling a Nintendo or Atari game system for the original price tag you bought it for years ago. With the rapid increase in precious material costs, fountain pens are a safe bet to increase in value over time. Since fountain pen technology won't drastically change in the foreseeable future, you can imagine that people 20 years from now will be using the fountain the same way as they do now. Who knows when touch screen is replaced by gesture or brainwave interfacing a la Minority Report.

One final consideration would be maintenance. The iPad requires electricity. That so-called 10-hour battery needs to be recharged before taking it on a weekend trip. The warranty lasts for a year on hardware. The extended warranty, which is additional in cost, only extends out for another year. After two years, when the headphone jack is worn out from constant use and the screen is scratched, you're on your own, looking at a costly repair upward of $200. Some fine pen brands offer a 3-year, 5-year or  lifetime mechanical warranty. Even if you've destroyed your nib by dropping it uncapped on the floor, you can contact a variety of specialists who specifically work on fountain pens (a.k.a. nibmeisters) to repair or replace your nib for a fraction of an iPad repair cost.

Instead of summarizing the argument with a conclusion favoring one side versus the other, I will leave it up to you - the people of the internet who also enjoy writing with nice pens. Like the Starburst commercials declare, you are a delicious contradiction. I won't make a statement saying that pens are the right way to go, that would be too much like all the tech hype that we've had crammed down our throats. I'm merely putting all of the flashy claims in perspective. Take it for what it's worth. I'll keep on writing ;-)